Jeremy Heykoop was your normal, everyday, fun loving, country boy. He was always outside, working on some vehicle or another, hunting, fishing, or spending time with his two young kids.

I met Jeremy when I was in 5th grade at Woods-N-Waters, a campground that our families both camped at during the summer. Jeremy and I hit it off right away. Soon, we were inseparable. Our friendship continued to grow, every year, every summer. His family, became my family, and vice versa. Jeremy was one of my childhood best friends.

I remember the day he called to tell me that he had joined the Marines. I remember I was in the bathroom getting ready for bed, and I just sat down. Had I heard him right? The Marines? Why? He had always wanted to serve, and it wasn’t long after that phone call that he left for California.

While he was gone, I actually started dating Jeremy’s younger brother, Josh. We fell hard for each other and eventually I really did make Jeremy’s family my own, when I married Josh. Jeremy was the best man at our wedding.

It was just the two brothers, Josh and Jeremy. They had no other siblings, but they made up for it. Growing up they were always fighting, and even once they became adults they were always competing at one thing or another. They drove each other nuts, but they were one of the most important people in each other’s lives.

When Jeremy got out of the service, he wasn’t the same. The Jeremy I grew up with was one of the sweetest guys you would ever meet. He liked to joke around a lot, but he had a big heart and wasn’t afraid to show it. When we were teenagers, he would come to my house to visit, and he would always bring a single stem rose - one for me, and one for my mom. That’s the Jeremy I knew. Once he was home and out of the military he was harder, quicker to anger, and didn’t ever like to show his soft side. He ended up staying a while down at the Battle Creek VA Hospital to help him control his anger and PTSD. Once he completed his treatment, they let him come home, no restrictions. That was the summer of 2014.

On November 25th, 2015 I was at my in-laws house baking pies for Thanksgiving the next day. Jeremy and his wife, Liz, were in the living room going over the ads for Black Friday, and discussing what toys they wanted to get the kids for Christmas. It started getting late, so I said my goodbyes, and packed up my kids. As I was getting ready to leave, I forgot the diaper bag. I had to go back into the living room to get it. Jeremy was laying on the couch, on his stomach and his feet were hanging over the edge of the couch - where the diaper bag was. I remember the last thing I said to him was, “Watch your feet,” as I grabbed the bag.

On Thanksgiving Day, 2015, I was already at my grandmother’s house with our two kids, waiting for my husband to get there to celebrate Thanksgiving. I will remember the phone call for the rest of my life. It was Josh calling. When I answered he said, “I’m not going to make it to dinner.” My first gut reaction was anger, then his tone in his voice hit me. I immediately asked, “Why not?” His answer made my world stop. “Because my brother shot himself.” I refused to believe the worst, and I remember asking him, “Is he okay?” He wasn’t okay. He was dead.

My mother heard the conversation, and realized something was wrong. I asked Josh where he was and then told him I was on my way. I then looked at my mom, told her Jeremy had shot himself, and that I had to go. She hugged me, said she would watch my kids and asked me to please drive safe.

I remember driving to Jeremy’s house, thinking that if I got there in time, something, somehow, by some miracle he would be alive. I know now that I was in shock. He was gone as soon as he pulled the trigger.

I got to the house, there were police cars, my husband’s car, and my in-law’s car. There was a police man stationed at the front door, and as he started facing me to tell me I couldn’t go in - my father in law opened the front door and said, “That’s my daughter. She can come in.” Inside, my sister-in-law, mother-in-law and my husband were all sitting on the couch. I remember thinking how helpless I felt. I couldn’t even focus on my grief, or even recognize my grief, because I was so focused on what I could do to help my sister-in-law, my mother-in-law, and especially my husband. After what seemed like hours, we finally left the house. That was the last time I ever set foot in Jeremy’s house.

The next day, and everyday after that for almost a month we went to my in-laws house. We found out that my brother, only being 31 years old, did not have any life insurance at all. My sister-in-law had no way to pay for the funeral. We even looked into what we could get from the VA, but it was such a small amount it didn’t even begin to help cover the costs. And then it hit me. I could do something! Finally, I didn’t need to feel so utterly helpless anymore. I told her I had everything under control and not to worry about anything - I would raise the money to pay for the funeral. I called a family friend and told her that we were putting on a benefit to raise money for the funeral and that we had three days to put it all together. I remember her telling me that there was no way we could pull it all together in three days. My response to her? “Watch me.”

Not only did we pull off a great memorial benefit with more food and items being donated for the auctions than we really knew what to do with, but we also were able to raise over $10,000 in that one night.

It wasn’t until after the funeral, and the memorial benefit that I started to feel the guilt. Why didn’t I know that Jeremy was struggling? Why didn’t any of us know? I knew he had PTSD, but I didn’t know how it affected him, or the toll it was taking on him. I literally saw him the night before he took his own life, and he seemed fine. He was planning his shopping trip for Black Friday with his wife. He was thinking about Christmas, about the future with his kids.

I’ve learned that some people who struggle with PTSD plan their suicide. And then others, like my brother, they don’t plan - they act. Jeremy took his life in anger. He had a fight with his wife, just like any other married couple, but the difference is that Jeremy had PTSD, and a gun.

After a few months went by, I kept feeling like I needed to do more. I needed to help. I think I also needed something to focus on, to keep me going. That’s my way of coping. I called up the same family friend that helped me plan the benefit, Lisa, and said, “I have a crazy idea and you are going to help me.” She didn’t even hesitate when she agreed to help.

With the support of our families, Lisa and I planned the 1st Annual Heykoop Veteran Memorial Car Show & Benefit. The event consisted of a pig roast, live band, silent auction, raffles, 50/50s and of course a Car Show. We were able to raise just under $5000 - all of which we donated to Mission 22. The event was such a hit, we knew that we wanted to keep it going, and make it an annual event.

After the Car Show I started thinking about how much money we had just donated - out of state. We decided that we wanted to find a Michigan based non-profit that focused solely on fighting Veteran suicide to donate our funds to for the following year. The problem was - I couldn’t find one. There are hundreds of Veteran based non-profits that do so many different and great things for our Veterans, but none of them focus on just Veteran suicide. So then I had another crazy idea, what if I started my own non-profit? If I am being completely honest, I thought about starting a non-profit for a really long time. God kept putting it on my heart, but I kept coming up with reasons why I was not the right person to start this endeavor. After a few months of this back and forth, I finally decided I was not the right person for the job, and I would not be starting a non-profit. Two days later I went to church and my pastor gave a sermon about how if God is putting something on your heart, you may think you are not the right person for the job, but that is God saying you care the most, and so you are the right person. I remember thinking, “Are you kidding me?” Ok God. I heard you, loud and clear.

Two days later I had a meeting with my pastor, and told him what had been on my heart. He said that he agreed, God was definitely telling me I needed to do something, and that he would help me however he could. I then asked him to be on my board of directors. I spent the next few weeks carefully selecting a board that could share my passion, and each bring their own unique experiences and knowledge to help form a non-profit that would help save Veteran lives. In November, 2017 the first board meeting was held, and Lighthouse For Veterans was born.

Lighthouse For Veterans was established to remember those lost to Veteran suicide, and their families, while honoring and supporting the Veterans that are still with us; and to increase awareness and help fight the tragedy that is Veteran suicide.

As a board we have decided that we will focus on three areas:Raising awareness by holding events such as the Annual Heykoop Veteran Memorial Car Show and Benefit (among others), honoring those Veterans that we have lost by supporting their families that are left behind, and preventing Veteran suicide by acting as a liaison between community services and Veterans who are struggling, and educating the community with QPR (suicide prevention training.)

This past July we held the 2nd Annual Heykoop Veteran Memorial Car Show and Benefit. We grew in participation by 238%!! We added a cornhole tournament, a Veteran pinning ceremony, a live auction, and even a calendar to the event which helped us raise over $7500 towards fighting Veteran suicide.

We are always looking for volunteers and potential board members. If you are interested in helping, please email us at Lighthouseforveterans@gmail.org.

If you are a Veteran who is struggling with PTSD please call us at 231-981-8501. If you or someone you know are having suicidal thoughts please call the National Suicide Prevention Lifeline at 1-800-273-8255, text to 838255, or chat online at veteranscrisisline.net.

“Goodbyes hurt the most when the story wasn’t finished.”

“Keep shining through; you may be a lighthouse to someone trying to make it.” - Caroline Naoroji 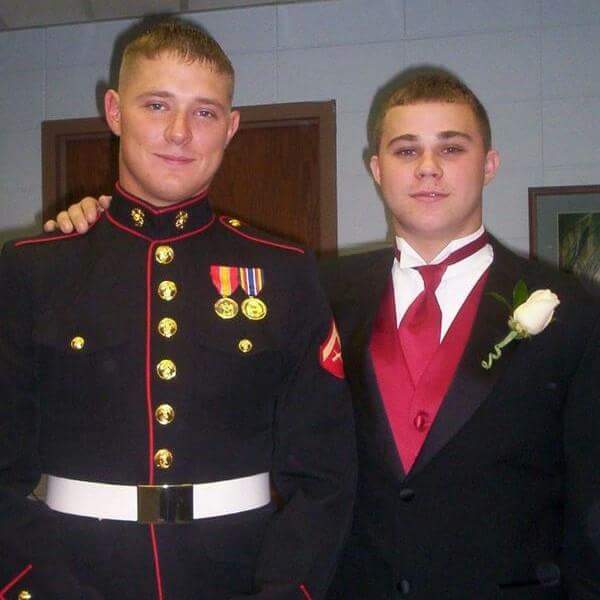 THE DATE IS SET!